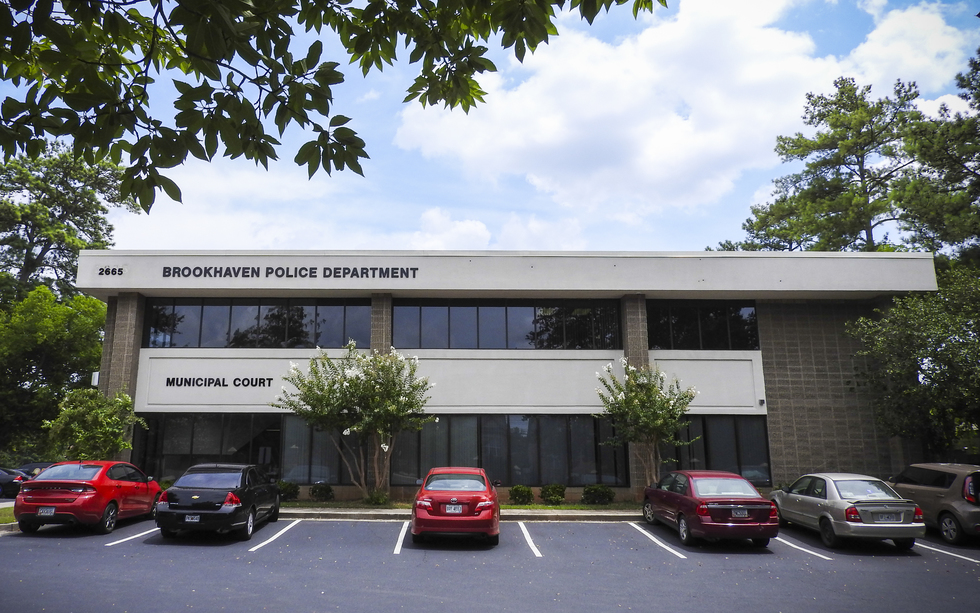 If you have been arrested for DUI in Brookhaven GA, you need to have Brookhaven DUI lawyers that know the local area and court system.  Richard Lawson is a Brookhaven Resident that is active in the community.  As a former DUI prosecutor in Georgia, he puts his over 25 years' experience to work for you and your family. He is the top-rated Georgia DUI Lawyer and his reviews can be found on AVVO.

Your DUI defense begins with the 30-day letter.  You only have thirty days to protect your privilege to drive.

If you have been arrested for DUI in Brookhaven Georgia, you only have 30 days to protect your privilege to drive.  Your Brookhaven DUI Lawyer will need to file a letter requesting an ALS Hearing or an ignition interlock device. Without an ALS Hearing or the interlock device, your Brookhaven DUI Attorney will not be able to save your driver's license. In the case of a refusal to submit to a breath, blood, or urine test, the suspension of your drivers license can be up to a year without a permit of any kind to drive.  That is the magnitude of your decision to seek help.  The State of Georgia charges a $150 filing fee to submit the request.  Do not file the request yourself, have your Brookhaven DUI Lawyer file it to make sure it is done correctly. This is the only way to avoid up to a 12 month suspension of your drivers license.

The Chief Judge in the Brookhaven Municipal Court is the Honorable Jonathan Granade. The Judge Pro Tem is the Honorable Laura Stevenson.  Their biographies can be found on the Brookhaven Judge's website.  The court's jurisdiction includes municipal code violations, traffic tickets, and traffic law misdemeanors, such as DUI.  It also includes possession of marijuana, minor in possession of alcohol, and shoplifting.

The Court is located on the first floor of the Brookhaven Police Department located at 2665 Buford Highway, Brookhaven, GA 30324.  The court can be contacted at 404-637-0660 or at [email protected]  However, you cannot and should not ever try to contact a judge directly.  You can, however, speak to a clerk of court for basic information.

What Types of Cases are Handled by Your Brookhaven DUI Attorney:

In Georgia, municipal courts have jurisdiction over traffic offenses, shoplifting, possession of marijuana, DUI, and city ordinance violations.  The Dekalb County State Court has concurrent jurisdiction over all of the above-listed criminal offenses except city ordinance violations. That means if you and your Brookhaven DUI lawyer do not like the potential judgment of the Court in Brookhaven, we can send your case to the Dekalb County State Court.  The decision to bind a case over to Dekalb State Court should only be made after consulting with your Brookhaven DUI attorney because many times the consequences in state court can be more severe than in municipal court.

For the most part, the Brookhaven Municipal Court handles misdemeanor cases and city ordinance violations arising out of arrests that happen within the city limits of Brookhaven. In addition, the Brookhaven Municipal Court handles probable cause hearings for those arrested for felonies within the city limits.  Upon finding probable cause in a felony case, the case is then transferred to the Superior Court of DeKalb County.

Brookhaven DUI attorneys have to become your family lawyer in many ways.  The reason is that many young people are charged with offenses that our Brookhaven DUI Lawyers handle every day, such as:

Youthful offenders commit many of the offenses that happen in a municipality.  That is why your Brookhaven Lawyer becomes your family lawyer almost by default.  The offenses that our children commit can result in a permanent criminal record unless your Brookhaven DUI Lawyer is able to keep it off their record.  The good news is there are many alternative sentences and alternative outcomes in cases such as traffic offenses, Underage Possession of Alcohol (MIP), Possession of Marijuana, shoplifting, Underage DUI, and DUI By Person Under 21 Years Old.

Remember that in Georgia you are an adult at age 17 for criminal law purposes, and anything that happens to your child after age 17 is permanent and forever. To be 100% clear, at age 17 you are an adult in Georgia if arrested; you are not a juvenile, and your case will go to adult court.  That is why getting the best Brookhaven DUI attorney is important.  Getting the best Brookhaven DUI lawyer can make the different in the opportunities that your child will have for the rest of his or her life.

Of course, Brookhaven DUI law is not limited to offenses committed by young people. Adults are charged with DUI and various offenses every day.  DUI can cause lifetime consequences and the penalties in Brookhaven can be severe.  It is important to hire the DUI lawyers in Brookhaven GA that know the court system and the DeKalb County Court System.  The Best DUI attorneys in Brookhaven GA will be on your side from day one.

Whether it is a serious traffic offense, a DUI in Brookhaven, or, something more serious, it is experience that matters. Our DUI lawyers in Brookhaven will help you get the best possible results.  Our DUI attorneys in Brookhaven will find the best possible defenses in your case and present them for you in Brookhaven Municipal Court.  There is no time to waste because delay can cause you to waive potential legal defenses. The most significant waiver caused by delay can be your privilege to drive in Georgia. If your Brookhaven DUI lawyer does not file a 30 day letter in your case, you can lose your driver's license for up to one year.  If you allegedly refused the State's chemical test, your driver's license suspension will be a "hard suspension."  That means you will not even have a restricted license or limited permit.

There is Help if Arrested for DUI in Brookhaven Georgia:

When someone is arrested for DUI In Brookhaven GA or cited for any other offense, it is a traumatic situation. If it is your first offense, you are likely still in shock.  Many people wait too long to get the help they need. In Georgia, you only have 30 days to file an appear to save your driver's license. Because time is of the essence, our Brookhaven DUI attorneys are available 24 hours a day, 7 days a week.  This includes nights and weekends because your problems should not have to wait until Monday morning.  Contact us today to begin Your best Brookhaven DUI defense.

Have You Been Arrested For DUI in Brookhaven Georgia?