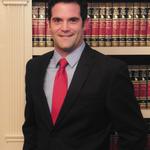 David Heath has quickly developed an impressive trial record and has become a skilled courtroom advocate. Since dedicating himself to criminal defense, he has handled over 300 criminal cases, both misdemeanors and felonies.  He has conducted hearings and trials throughout the state of Georgia. He has tried, and won, cases in every county in Metro Atlanta and many other counties throughout Middle and North Georgia.  He has had more than thirteen (13) DUI jury trials and has handled hundreds of hearings.

David Heath fights hard to win in the courtroom, but he has also developed a reputation as a skilled negotiator, helping many of his clients negotiate a favorable resolution to their case.  He is qualified to practice law in all juvenile, municipal, recorders, state, and superior courts in Georgia.  He is also licensed to practice law in the Georgia Court of Appeals and the Supreme Court of Georgia.

In addition to aggressive advocacy in court, David Heath gives each of his clients the care and attention that they need, and he prides himself on always being available to his clients.