When a DUI Becomes a Felony in Georgia

In Georgia, Driving Under the Influence (DUI) is typically treated as a misdemeanor offense.  However, as with most provisions of law, there are exceptions to this general rule.  There are several circumstances when a DUI arrest can become a Felony DUI. 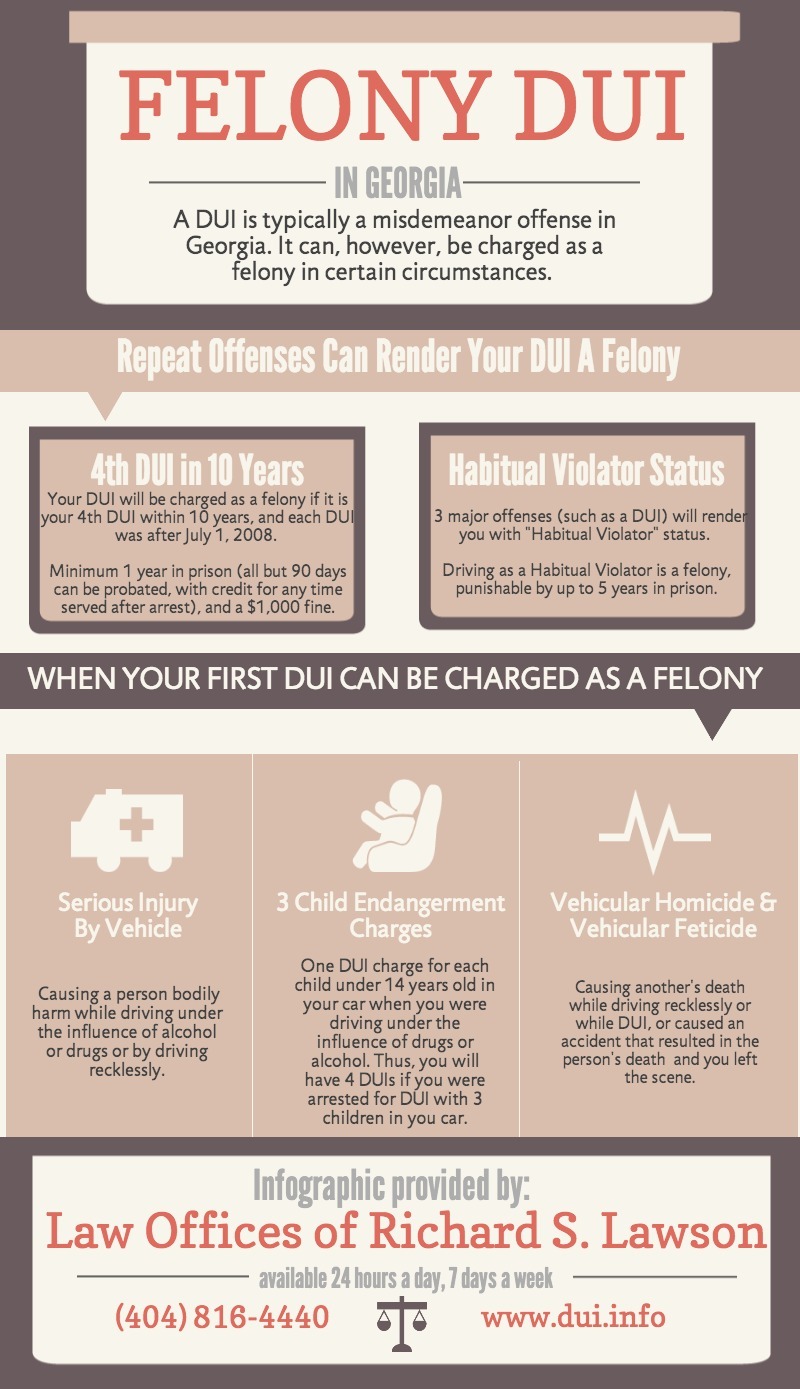 A fourth DUI within 10 years is a felony.  This carries a mandatory 1-5 year sentence.  At least 90 days must be served in custody, and the balance may be probated.  The minimum fine is $1,000 but may be as high as $5,000.  A minimum of 60 days of community service is required, unless the individual is sentenced to three (3) years to serve; in this case the community service may be suspended.  A clinical evaluation and DUI school are also required.

If, however, the 10-year period commenced prior to July 1, 2008, the fourth DUI conviction will be treated as a third conviction.

As a result, receiving a single, first lifetime DUI with three children in the car can force an individual into felony status (see Multiple DUI Offenses above).

Serious Injury by Vehicle occurs when an individual causes bodily harm to another by “depriving him of a member of his body, rendering a member of his body useless, seriously disfiguring his body, or causing organic brain damage which renders the body or any part of the body useless while driving under the influence or driving recklessly.  This law does not require that any malicious intent to harm be proven.  The minimum sentence for serious injury by vehicle is one year in custody; the maximum is 15 years in custody.

In conclusion, if you are facing any of these charges, you cannot do it alone.  For all of these charges, if it can be proven that you were not driving under the influence, your chances of a reduced sentence increases dramatically.  This is why an experienced Atlanta DUI Attorney is so important.  Our Atlanta DUI Attorneys are here 24/7 to help when you need us most.