O.C.G.A. § 40-6-163 mandates that drivers come to a full stop when approaching a bus that is either loading or unloading students with its red lights flashing and its stop arm extended. The only exception to this rule is when you are driving on the other side of the highway, and there is a raised median dividing the road. In Georgia, turning lanes are not considered “raised medians.” 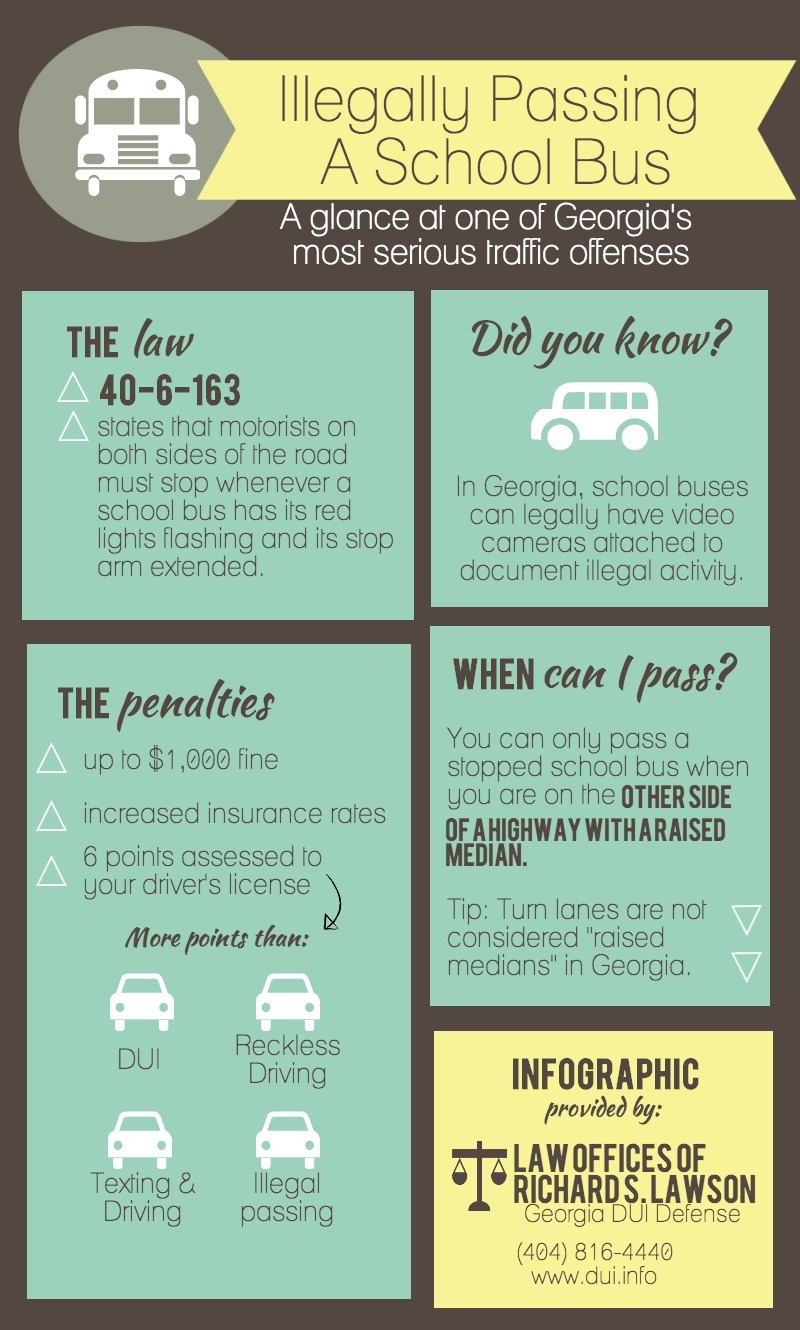 Violating this law carries steep penalties, which include a fine of up to $1,000 and 6 points assessed on your driving record. To put in perspective the seriousness of the charge, a reckless driving offense only carries 4 points.  A driver over the age of 21 will have his or her license suspended by accumulating 15 points within a 24-month period. Not only can accumulating points lead to the suspension of your driver's license, but this accumulation of points also impacts your insurance rate. A conviction for illegally passing a school bus would make your insurance rates skyrocket.

For drivers under the age of 21, any 4-point (or more) offense will result in a 6-month license suspension.  Therefore, a conviction for illegally passing a school bus will result in a suspended license.

In 2011, Georgia law allowed counties to attach video cameras to school buses. If you illegally pass a school bus, the video recording could be used as evidence against you in court.

With school back in session, take extra care to avoid one of the most serious traffic offenses by paying attention to school buses. If you are facing a traffic violation in Georgia, call your Atlanta Traffic Ticket Attorney Richard Lawson. He is a former DUI Prosecutor with nearly 20 years experience defending people accused of traffic offenses throughout Metro Atlanta and North Georgia. Call 24 hours a day, 7 days a week. We are here when you need us most.

For more information: Unlawful Passing of a School Bus